Square Enix has just shared the 6.1 Final Fantasy 14 update trailer but also on the date of availability. The deployment of the next Japanese MMO stage will take place on April 12th. 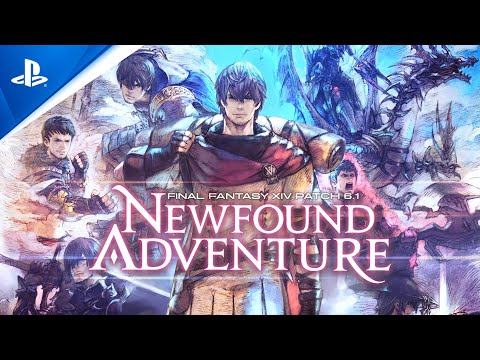 The traditional trailer puts images on the novelties already listed previously, starting with the new epic quests but also the usual secondary quests, tribal, not to mention the return of the quests of the detective gentleman. The challenges of the final responses and the plague of Ultima will also be the part in extreme mode, while the new fatal raid (dragonal warfare war) will wait a little longer until patch 6.11.

At the same time, the azure city is adorned with its new residential, empyrated area, some of which can be won by a new drawing system. Players will also be able to realize new character cards by taking installation and personalizing this business card.

And if the JCJ enthusiasts will discover a new mode called Crystalline Conflict, let's not forget that the solitary players will be able to enjoy the system of reinforcements, which will relive the 2.0 content of A Realm Reborn with companions embodied by intelligence artificial. Remember that this system of reinforcements will still be extended in the future to support the content of 2.x updates and then the Heavensward extension.

The official website of the update 6.1 is online here to find all the essential details, while the most involved can already peel the 70th letter from the producer who has just ended, in particular to examine the details of Jobs's adjustments.