Lars Wingefors, CEO of the Embracer Group, spoke about the projects of the Studios Crystal Dynamics and Eidos Montreal in a presentation.

First of all, he was happy at the sight of the IPs, which are located in the pipelines of both studios. And because it was difficult to talk about it without revealing, he called Crystal Dynamics, who, as is well known, work the next part of the Tomb Raider series.

Later the topic was taken up again in a Q&A. There, Wingefors revealed that in addition to Tomb Raider, they are also excited because of the very large AAA experiences based on popular franchises. 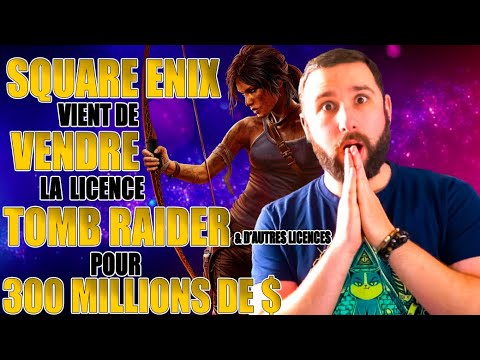 "Of course we are very excited about the new Tomb Raider game. It's not just about Tomb Raider, but also a number of very large AAA experiences in the pipeline, which are based on beloved franchises that we own, as well as on original IPs. It's a very interesting pipeline. "

"I would say that the pipeline generally goes beyond these 2 years. So there will be a few years in which not so many big new games come out, and there will be some amazing things that come through these studios when we look further into the future. ”

On Monday it was announced that the Embracer Group will take over the Square Enix Studios Crystal Dynamics, Square Enix Montreal and Eidos Montreal together with game brands for $ 300 million.